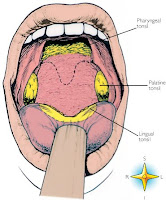 I was a patient of Mrs.Le Febvre and this is my story.
From the time I was born till I was 13 I wet my bed at night.
I had seen many doctors before and they all did the same thing, they took a sample of blood and urine and told me and my mother that it was a mental problem. This basically means that they thought the problem was in my head and that I would grow over it with age.
Now one of the doctors gave me an exercise to do were after I would urinate I would hold in the urine and then let it out, and I would continue even after I was done urinating. I had to do this 100 times every time I urinated. Now this helped a little bit but my problem was still a great upset of my life.

So then last year in 2007 during the summer me, my mom, and my sister came on our yearly visit to Holland to see my grandma. Mrs.Le Febvre is my mom’s second cousin and also a kind of doctor who only uses natural medicines and herbs. My mom has come to her with medical problems before, so she thought it would be a good idea if Mrs.Le Febvre examined me.
So, that day after she examined my mother I came upstairs all nervous and anxious. She had me lay down and then she started the examination, and every now and then she would take one of her little glass bottles that was filled with a liquid and place it into one of the empty holes in her machine. After the mere 20 minute examination she was able to conclude that there was something wrong with something inside my nose, the nose tonsils to be exact that stood in connection to the bladder and that it wasn't working properly.

So, she gave me some medicine and told me to take a little a day for 7 days.
After the first week I only had one bed wetting. And for about a month I didn’t have another one. After all that I sent her a sample of my urine and she sent me some more medicine, which I also had to take for a week, and ever since that second week I haven’t wet the bed again. I have been dry for almost a year now. So I highly recommend the study of Natural medicines and herbs, and I am forever thankful toward Mrs.Le Febvre. She changed my life.
Duran Martinez, 14 years old. Miami Florida, USA 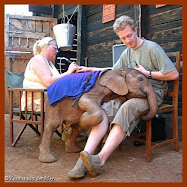